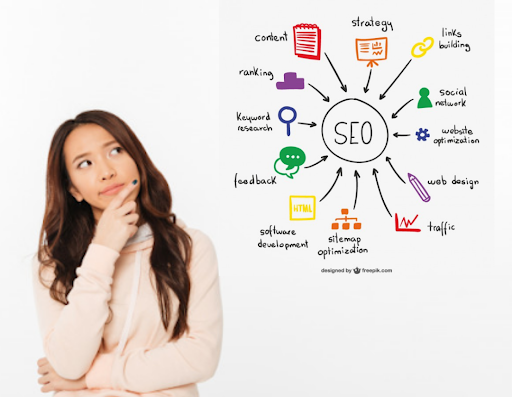 If you are an SEO or have a fair knowledge of how search engines work, then at some point of time you might have thought about all these:

The simplest answer to that question is No, and we are going to give you examples to prove the point. Everyone knows that SEO process takes time to show results, but the SEO’s expect results faster and that is a normal behaviour because at last, you expect some results. The real problem starts when people start to find shortcuts to rank high in Google and then pollutes the SERP with low content.

Remember this: Google’s main aim is to keep their customers on it website for as much time as possible. And this is possible only if the search results are up to the mark and the content is delivered very fast. Google wants that anything that a user wants to search(information or product) should start from Google and that is why they come up with technologies to give out the best results. Shopping Ads, Knowledge Graph, featured snippet etc. can be seen in Google SERP on daily basis, which implies that they care about the user experience.

If you want the answer to all the other questions, then grab a coffee and read till the end. For a better understanding how things happen in the big picture, we are going to explain everything from the scratch.

Everyone knows about their history & how Google has evolved from being BackRub to the Biggest Tech company in the World.

Well, that’s not our point of concern. Here we will talk about facts and how the search engine giants have evolved over the period of time

From 7% in 1999 to 89% in 2016. Google’s market share is more of a monopoly here. As more & more searches happen on Google their revenue shoots up accordingly. This clearly indicates how much Internet users trust Google for obtaining data online. 95% of a user interaction starts with search out of which 89% searches happens on Google.

Sometimes, a common question that I come across is How does Google make money?

Digital Examiner conducted a survey asking people about Google as a company.

Here’s the info-graphic stating all the questions

The first answer is a bit shocking, because 63% of the people do not know how Google makes money through search.

Out of the $89 billions google makes, 90% of their revenues come through Google Ads and a significant amount of that money comes from Search Text Ads.

Do you know how much of this revenue comes from Organic Search?

The answer is zero. Google doesn’t earn a single dollar from any of the Organic Listings.

Does Organic Results matter to Google?

Obviously Yes, Google is the biggest search engine in the world, in November 2016 Google updated their How Search Works page changing the number of pages Google has crawled from 30 trillion back in March 2013 to 130 trillion. Google hasn’t indexed all the pages but knows all of them. Till date, Google displays tons of Organic & Free results for all the queries. Google results are accurate and the amount of efforts & money Google puts to make the user experience better is immense.

Till now we have seen, how much do the organic results matter to Google. There are always 2 sides of a coin. Good & Bad. Same way, SEO’s have tried to spam the web with irrelevant and low content results to rank fast in the search engines. But Google has sorted the way to tackle these types of spam websites.

Google’s revenue is growing today, because of the relevant result it shows & the trust it has built on the Internet over time. If the user starts experiencing spammy and irrelevant result then they will lose the trust in Google and will find an alternative. If there’s a percent of the drop in Google’s traffic then it means the loss of millions of dollars.

So, to tackle these kinds of spam, Google always keep their search engine algorithm updated with various technologies. Till date, there have been several major algorithm updates that have improved the search results by providing more personalised and relevant results for the query. Google has a dedicated web spam team to tackle spam content and penalise those websites.

Coming back to our original question: Does Google hates SEO?

As we have said No, Google doesn’t hate SEO but they hate the spammers who try to take advantage by using black hat SEO techniques to get rankings in Google.

On June 15, 2006, Google was the first company to have been added as a word in the Oxford Dictionary. Just imagine the amount of trust Google holds in the eyes of the world. It has become a habit to say “Just Google it” for a query instead of saying “search it on the internet”. To maintain the trust they have to tackle with all kinds of spam attacks that happen on them.

You might have a question, then why does it take forever to rank in Google?

Because Google just can’t trust any other websites that have the targeted keywords in the meta tags & content. It takes time to build trust & authority in the eye of Google. If you will do your regular SEO, your website is surely going to rank. Once the website starts to feature on the 1st page, you just need to maintain it.

Then why is Google pushing the Organic results down?

SEO’s who are in this industry might know how Google’s SERP pages used to look earlier. If you do a comparison of the Google’s SERP page in 2016 with today? You will come to know it has changed a lot. This was a point of concern for some Google SERP before February 2016 update: Earlier there used to be Text Ads maximum in the 1st three positions and some other ads on the right-hand side Google SERP after February 2016 update: After the update the SERP changed completely. Ads covered the 1st full Fold(first scroll) and covered the top 4 critical positions. The ads snippet on the right hand side completely vanished and got replaced with knowledge graph(if you search about a company/person). Ads also started to appear in the bottom 3 positions.

Why is Organic CTR going down?

Impressions and clicks of 1-20 SERP.

The reason for this drop? Google gives answers to some of the questions in form of featured snippets, knowledge graphs, shopping display ads etc. This SERP feature is killing SEO clicks on the website, as users gets the answer directly by Google. CTR of Organic Results are Still higher than PPC

When this update was rolled out the SEO community panicked thinking that it will bring down the clicks, as it is acquiring the crucial top 4 positions of the SERP.

Though the CTR of PPC went a bit high because of the addition of 4th ad slot in SERP.

The image shows CTR during the 7-day period before and after the change in ad placements on Google desktop search results:

4th position ads slot had a change of 18% in CTR, because this placement is closest to the organic result.

But the interesting bit is:
Study shows that the Click Through Rates(CTR) of Organic results are still higher than PPC.

This actually implies that users are getting smarter day by day and can easily differentiate between a Text Ad and organic result, no matter how hard Google tries to push Ads.

Whether Google hates SEO or not, it doesn’t matter, but remember one thing, Google search is nothing without the organic results. Yes, Google has started pushing more ads in the top positions, but that has not dropped the clicks of organic results. One thing Google wants to show relevant results as much as possible, and that is why for some keywords Google directly answers the query through a snippet.

6 thoughts on “Does Google Hate SEO?”

This site uses Akismet to reduce spam. Learn how your comment data is processed.

How to use Trending Searches & Google Trends for SEO?